Sensational Jazz trumpeter from France to perform in Muscat 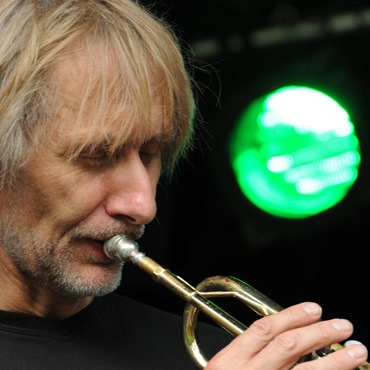 January 2011, Muscat – The Omani French Centre proudly presents the celebrated French jazz trumpeter Erik Truffaz for his first ever performance in Muscat to be held at the Park Inn. Erik is known for infusing elements of hip hop, rock and roll and dance music into his compositions, in a style often reminiscent of Miles Davis. He signed with French label EMI in 1996 and gained international attention with his second album on Blue Note, The Dawn, in 1998.

Erik is on a regional tour to promote his latest album In Between (2010) and will be accompanied by Philippe Garcia on the drums and Mounir Troudi, a vocalist. The tour will kick off with a performance in Abu Dhabi on the 9th of January and after Muscat the trio will visit Bahrain and Kuwait in quick succession.

The much anticipated show in Muscat will take place at Sama Terrazza, the rooftop lounge at the Park Inn Muscat on the 10th of January at 19:30 hrs. Tickets are priced at RO 8, including a soft drink. Aurélie Rambaud, director of the Omani French Centre, wishes to thank François Galoisy, general manager of the Park Inn Muscat, and says it didn’t take long to settle on the venue, as it is perfectly fitted for an event of this scale and quality, with the added pleasure of being under the stars in this cooler season.

“It is our absolute pleasure to tie up with the Omani French Centre in bringing a class act like Erik Truffaz to perform at Sama Terrazza. Fans and jazz lovers in Muscat will be in for an enjoyable evening with our open air venue setting the scene. A great kick-off to our calendar of events for 2011,” said François Galoisy, general manager of the Park Inn Muscat.